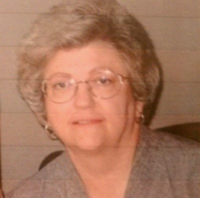 Born in Florence, Alabama, on August 26, 1949, a daughter of the late Alvin & Omie (Beavers) Kilpatrick, Linda received her heavenly reward on August 12, 2022, at the age of 72. Linda is survived by her beloved husband Jerry of Saint Joseph, Tennessee. She will be fondly remembered by her children Karen & Stacy Springer and Randall & Carol Fox, her grandchildren Selina Ruiz Torres , Bryce & Jessica Moore, Kate Fox, Austin & Sophie Wimberley, and Thomas Fox, as well as her eight great-grandchildren. Linda was a mother figure and foster grandmother to many children, all of whom she treated with the utmost love and warmth. She enjoyed a special relationship with Jana McMackin Springer, whom she considered a daughter in love. Linda is also survived by a sister Barbara Davis and brother Glen (Susan) Kilpatrick, sisters-in-law Wanda Kilpatrick, Becky (Henry) Pettus, Kathy Barnett, many special friends, and a large extended family who love her very much. She was preceded in death by her parents, her brother Carlton Kilpatrick, brother-in-law Richard Davis, and brother-in-law John Fox. Linda was raised in the Greenhill community and attended Rogers High School, where she was selected Miss Rogers High in 1967. She and Jerry were married later that year and soon settled into their new family home in Saint Joseph. It was in this home where Linda passed away peacefully, surrounded by family and loved ones. Linda developed many close friendships through her years in the Greenhill & Saint Joseph communities, Southside & Centerhill Churches of Christ, in her career as a bakery manager at Walmart, and as an active parent in the Mars Hill Bible School community. Family will receive friends at Greenhill Funeral Home on Sunday, August 14, from 4 to 8pm. A Celebration of Life will take place at Greenhill Funeral Home on Monday, August 15, at 2pm, followed by a brief graveside service and interment at Centerhill Cemetery. Pallbearers will be Thomas Fox, Bryce Moore, Austin Wimberley, Chris Kilpatrick, Kevin Kilpatrick, and Doug Carmack. Honorary pallbearers will be Kent Davis, Kenneth Fox, Henry Pettus, Nathan Barnett, and Randy Fowler. The service will be conducted by Randall Fox, Keith Davis, and Robert Alexander. The family would like to thank the amazing doctors and nurses at Vanderbilt Health for many years of loving care, and the nurses & staff of Compassus Hospice for the kind, compassionate way they cared for Linda in her greatest hour of need.