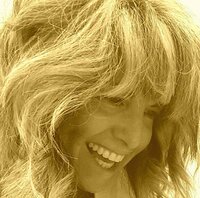 Laura Sue “Suzy” Shelton passed away on the evening of October 20th 2021 at Centennial Medical Center in Nashville, Tennessee after a courageous 2 ½ year battle with Multiple Myeloma. She was surrounded by family and friends at the time of her passing. Suzy was born on April 20th, 1960 in Paducah, Kentucky to Beatrice Bruscato Shelton and Jack Preston Shelton. She attended South Pasadena High School where she developed lifelong friendships and was crowned homecoming queen. Following her graduation in 1978, she was proud to attend the University of Southern California and graduated in 1983 with a degree in Broadcast Journalism. While at USC, she was a writer for the Daily Trojan, contributing to the sports section. “Fight On” was USC’s motto and one she continuously chose to live by. Her inner and outer strength knew no boundaries throughout her entire life. After completing her education, Suzy began a successful career in 1986 with Xerox Corporation in Los Angeles. She would remain there for almost 16 years holding various positions in Sales, Sales Management, and National Sales Management, earning multiple President’s Club award trips. Beyond Xerox, Suzy’s career took her to Naples, Florida where she managed a Xerox agency. After a few years, she accepted a sales position for Blackberry in Franklin, Tennessee and was later transferred to their South Carolina office. In 2004, she moved to Loretto, Tennessee to raise her son, Preston and has been a resident ever since. Suzy spent the last 8 years working for a software company up until the time she could no longer work due to her illness. Suzy had many interests including photography, love of home, and spending time with close friends and family. She was an avid tennis player from an early age, whose first job was working at the South Pasadena Tennis Club. She grew up in Southern California and loved anything and all things related to the beach … sunshine, waves, dolphins, and riding in her convertible with the top down along Pacific Coast Highway. Her love for and loyalty to USC football was only surpassed by her love of raising her son Preston, and watching him thrive, grow, play sports, serve as an altar boy at church, and develop into the young man he is today. Suzy was an extremely devoted mom. She supported Preston’s passions at every age and gave him every opportunity to succeed. She loved watching his football games and even towards the end, she made every effort to attend even if just for a little while. Most recently, Suzy had the joy of witnessing Preston receiving trophies for his bass fishing talents and skills. Suzy had an amazing smile that lit up an entire room and an infectious, enthusiastic personality. She was a friend you could count on for anything you needed. She was so proud of her Italian heritage and often used the word ‘Abbondanza’ which means ‘Abundance’. No wonder she loved the word! We will miss her contagious laugh, her genuine warmth and wicked sense of humor. She had a love for animals that would not allow her to resist rescuing 4 cats and 1 dog, which she called her “fur babies.” Suzy fought multiple myeloma valiantly to the very end. She was a warrior in the fight against this relentless and destructive disease and she never ever gave up. We remain in awe of her courage and strength; an inspiration to us all and a true testimony of God’s love. A bright, brilliant light has been extinguished from our lives. Yet Suzy’s example of perseverance will give us the strength and determination to carry on, even in the face of adversity. Suzy is survived by her beloved son, Preston Jack Kolisek; Preston’s father, Kevin Kolisek; Uncle Mark Bruscato, Aunt Charlotte Buford, and Aunt Mary Claire Davis; half sister Joan Hughes and many loving cousins from Louisiana, Alabama, and Texas. She is preceded in death by her father, Jack, and her mother, “Mama Bea.” Please join us in celebrating her life on Tuesday, October 26th, 2021 at 11:00 am at Sacred Heart Catholic Church 305 Church Street Loretto, TN 38469 The funeral mass will be preceded by a visitation beginning at 10:00 am. A Visitation will be held the evening before on Monday, October 25th, 2021 from 4:00 – 7:00 pm at Greenhill Funeral Home 8450 US-43, Florence, Alabama 35634 In lieu of flowers, donations may be sent to the Multiple Myeloma Research Foundation and/or any animal rescue foundation of your choice.