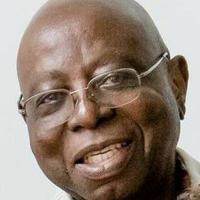 Dr. (Prof.) Augustine Uzo Mokwunye of Florence, Alabama and Onicha-Ugbo, Delta State Nigeria passed away on Friday, December 11, 2020, at the age of 78. After a few days of worsening health, Uzo died peacefully at the Northwest Alabama Medical Center. Uzo was born in Onicha-Ugbo on December 24, 1941, to father Mokwunye Biosah (Baba) and mother Kafuekwu Mokwunye. The second oldest of four children, Uzo was blessed to have the opportunity to complete a formal western education. Growing up, he helped out on his family’s farm and worked any odd jobs he could find starting at an early age. His work ethic and overall excellence in academic and extracurricular activities led to him becoming one of six students, nationally, to receive a full government scholarship to attend Edo College (High School). The five years he spent there would be the foundation for the success he would enjoy in the years to come. In 1963, Uzo was awarded a USAID full scholarship to continue his education in the United States of America. Through this opportunity, Uzo would go on to excel at The Ohio State University, earning his Bachelors of Science and Masters of Science with honors degrees in Inorganic Chemistry. He went on to complete his Ph.D. at The University of Illinois. It was during this period that he met and married his wife, Elaine (née Graham), started a family and, in 1972, moved back to Nigeria and became the Head of the Soil Science Department at the Institute of Agriculture at Ahmadu Bello University in Nigeria. Uzo and his family moved to Florence, Alabama, in 1979, where he became one of the early international soil chemists to permanently join the International Fertilizer Development Center (IFDC). Soon thereafter, he would help establish IFDC Africa (Togo) where his work, as Director, would blaze the trail for commercializing industry-grade fertilizers and capacity building among small hold farmers. Much of his professional contribution to Africa and the global agricultural ecosystem happened, first, at IFDC, then, as the Executive Director of the United Nations University Institute of Natural Resources (New York/Ghana/Tokyo) from which he retired in 2005. His legacy remains in the work that he guided as Chairman of the Board of Directors at ICRISAT (India) and, more broadly, Chairman of Board of Chairs at the CGIAR. Uzo is survived by his wife Elaine Mokwunye; children Nnamudi (Nam) Mokwunye, Uzonwadinachi (Ifeanyi) Mokwunye, Chukwuemeka (Emeka) Mokwunye and Nneka Sederstrom; grandchildren Obinna Mokwunye, Osemeka Mokwunye, Biosah Mokwunye, Grayson Sederstrom, Azubuike Mokwunye and Aadya Sederstrom. His immediate family extends far beyond those listed and his influence remains great and multinational. A memorial service for Uzo is planned for 11am CST, Saturday, December 19, 2020 at St. Joseph Catholic Church, 203 Plum St, Florence, Alabama. Please plan to either drive by or send a text to +16503195391 for a Zoom link to attend virtually. Rather than sending flowers, the Mokwunye family asks people wishing to honor Uzo’s lifelong commitment to family and community to instead make donations to the Uzo Mokwunye-IFDC Internship Fund. Please send all donations to Venmo Account @Uzo-Mokwunye-IFDC or www.venmo.com/Uzo-Mokwunye-IFDC.