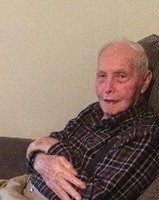 He was retired from Reynolds, served in World War II and the Korea War in the U. S. Army and the National Guard.  He was a member of the Church of Christ and the Greenhill Senior Center.

The funeral service will be Saturday, Sept. 15, at 1:00pm in the chapel of Greenhill Funeral Home with Miles Stutts officiating.  Burial will follow in Greenhill Cemetery with Military Honors.  Visitation with the family will be from 11:00-1:00pm prior to the service.

The family would like to thank the social workers of Hospice of Shoals and caregiver, Jessica Williams.

Greenhill Funeral Home is in charge of arrangements